Joe will struggle if that is his motive or intention.

If he is able to let go of distractions and not get stuck on the rocks that lie between him and his final goal. Do you see that while this kind of clarity may not change all the drama, it will give you peace and free up your energy for more productive endeavors? This kind of dynamic plays out every day in our business and personal lives. When we are not clear about what we want, what our values are, what we are committed to, it is easy to lose our focus, to drift off course.

Chism has written a good-natured and practical book that will change your thinking and in the process help you to control the drama in both your personal and professional life. Chism suggests asking the following questions:. What are my top 10 principle-based values? What areas of my life or business are in the fog? What are some of the distractions that take me off course?

Where do I get stuck? Where can I improve as a leader? What drama do I see on a daily basis in the workplace?


What drama do I see in my personal life? Where am I avoiding or procrastinating? STOP To start, you must stop. CUT Eliminate : Every yes contains a no. Do You Need an Attitude Adjustment? To some, this comes naturally. Others must constantly work on it. Since my earliest memory, I have had the sense that anything worth doing… worth pursuing… must be passionately pursued. A positive attitude naturally follows. I found myself first assuming leadership responsibilities at age 14 when I became an Eagle Scout.

For me, getting there was just a mountain to climb. It was the culmination of 21 merit badges and a large community project. It was the excitement of the journey, the arrival at a destination, and the achievement of the reward. For me, at 14 years old, it was like reaching the top of Mount Everest but with no real thought or plan on how I was going to get back down… the part of the climb where most people die.

But it did help jump-start a lifelong journey to develop and sharpen my leadership skills—a journey that really never ends. Great leaders constantly deal with the struggle between achieving personal goals, while doing so with humility.

In high school, I held leadership roles in school government and on the sports field. My agreement sealed my fate. All these experiences helped shape my thinking about, and commitment to, leadership because people started to turn to me to lead. I had the right attitude throughout these early years. However, there came a period in college when I lost my way. My attendance at Purdue was facilitated by an Army ROTC scholarship, at a time when the Vietnam War was stoking nationwide protests across nearly every college campus.

Compared to other campuses, Purdue was a fairly conservative school, but we had a chapter of the Students for Democratic Society SDS , and they regularly protested the war on the mall or at the Armory. I had mixed feelings about the war when I arrived at Purdue in , having spent most of my high school years in Europe—insulated from the anti-war movement. But since I had an ROTC scholarship and my dad was retiring from the Air Force and starting law school about the same time I entered college, I felt an obligation to stay in a program that was paying my way. 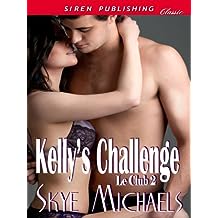 I also worked 4 hours each evening Monday - Friday as a janitor, cleaning the second floor of the university library to help make ends meet. Then an unfortunate event happened. Just walking across campus in uniform to attend military drills drew unwanted attention. So, when the annual Army ROTC awards ceremony occurred in the spring of my freshman year , and knowing that I was not an award recipient, I decided to skip the ceremony and attend the SDS rally in the mall instead. I followed the crowd. Upon arriving at the armory, they broke open the large truck-sized doors and entered, chanting loud and strong.

State troopers in riot gear soon arrived to keep the protesters away from the formation of cadets.


He called me in the following morning and told me that my scholarship was being put on probation. This was a wakeup call for me, and it began the reshaping of my attitude. I had to decide which side to be on. I came to realize that I wanted to be a leader more than a protestor.

Like some other Americans, I may have thought that the Vietnam War was ill-advised, but I also realized that there were alternative ways to make my mark on the world. When ROTC summer camp training rolled around between my junior and senior year, I spent nine weeks at Fort Riley and did well enough to become the third ranking cadet at Purdue during my senior year. Upon graduation from Purdue in , I was one of six cadets designated a Distinguished Military Graduate.

So, what should you take from this ROTC experience?


In a nutshell: attitude counts. A lot. You need building blocks to realize that dream. During those early years at Purdue—at least as it applied to an Army career—I lacked ambition, a good self-awareness, and perseverance.

I then adjusted my attitude, and a 4-year commitment turned into a year career. Consider, for example, all the other concepts that courage connects to in workplace settings. Innovation takes courage because it requires creating ideas that are ground-breaking and tradition-defying; great ideas always start out as blasphemy!

And sales always take courage because it requires knocking on the doors of prospects over and over in the face of rejection. Having a way of categorizing courageous behavior allows you to pinpoint the exact type of courage that each individual worker may be most in need of building. TRY Courage is the courage of action. It is the courage of initiative. TRY Courage requires you to exert energy in order to overcome inertia. You experience your TRY Courage whenever you must attempt something for the very first time, as when you cross over a threshold that other people may have already crossed over.

First attempts; for example, the first time you lead an important strategic initiative for the company. Pioneering efforts, such as leading an initiative that your organization has never done before. Taking action. All courage buckets come with a risk, and the risk is what causes people to avoid behaving with courage. The risk associated with TRY Courage is that your courageous actions may harm you, and, perhaps more importantly, other people.

If you act on the risk and wipe out, not only are you likely to be hurt, but you could also potentially harm those around you. It is the risk of harming yourself or others that most commonly causes people to avoid exercising their TRY Courage. TRUST Courage is very hard for people who tend to be controlling and those who have been burned by trusting people in the past. Following the lead of others, such as letting a direct report facilitate your meeting.

Presuming positive intentions and giving team members the benefit of the doubt. By trusting others, you open yourself up to the possibility of your trust being misused. Thus, many people, especially those who have been betrayed in the past, find offering people trust very difficult. For them, entrusting others is an act of courage. 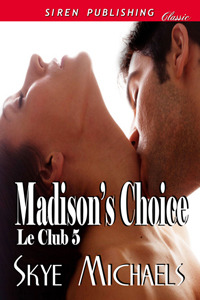 TELL Courage is what is needed to tell the truth, regardless of how difficult that truth may be for others to hear. It is the courage to not bite your tongue when you feel strongly about something. TELL Courage requires independence of thought. The courage of TELL is associated with: Speaking up and asserting yourself when you feel strongly about an issue.

Using constructive confrontation, such as providing difficult feedback to a peer, direct report, or boss. Courage is Contagious Understanding and influencing courageous behavior requires that you be well versed in the different ways that people behave when their courage is activated. By acting in a way that demonstrates these different types of courage, and by fostering an environment that encourages them, you can make your company culture a courageous one where employees innovate and grow both personally and professionally.

The only questions are what and how much. Poor choices lead you into failure, and good choices take you out of failure. Nobody likes failure.